Great success for Team Altmühltaler at the Challenge Roth. The trio with Michael Sillinger, Lukas Stengel and Alexander Pascher finished after 9 hours and 34 minutes. The team came second in the Trophy Relay classification.

The Altmühltal relay team was at the start of the Challenge Roth on Sunday 03.07.2022. Among several thousand individual and relay starters, the trio dared to take on the long distance in temperatures of over 30 degrees and completed 3.8 km of swimming, 180 km of cycling and 42.2 km of running.
After a long day of competition and with the support of the many spectators, the relay team crossed the finish line after 9 hours and 34 minutes and was thus significantly faster than last year.

Michael Sillinger started at 9:05 am on Sunday. For him it was the first start in a triathlon competition. In good external conditions of about 22 degrees outside temperature, he mastered the 3.8 KM swim in 1:37:19 hours and handed over to the cyclist.

Actually, Jörg Foistner was set as the cyclist. Unfortunately, he had to cancel at short notice due to health reasons, which is why his club colleague Lukas Stengel from Arriba Göppersdorf stepped in. Although Lukas had not been able to prepare specifically for the long distance and had previously swum in another relay team, he completed the undulating course in the now very hot temperatures in a fantastic 4:40:40 hours (8th place among all men's relay cyclists) and handed over to the tail man of the relay team.

Marathon at over 30 degrees

Alexander Pascher, the managing director of Altmühltaler, was the last of the trio to take to the course. Despite less than optimal preparation, the experienced runner and former triathlete completed the heat marathon in 3:12:38 hours (22nd place among all men's relay runners) and was happy to finish the relay successfully.

Thanks to these great performances, the Altmühltal team was able to take second place in the Trophy Relay classification and 28th place among all the men's relays. All participants were more than satisfied and experienced an unforgettable day at the world's largest triathlon event in Roth. 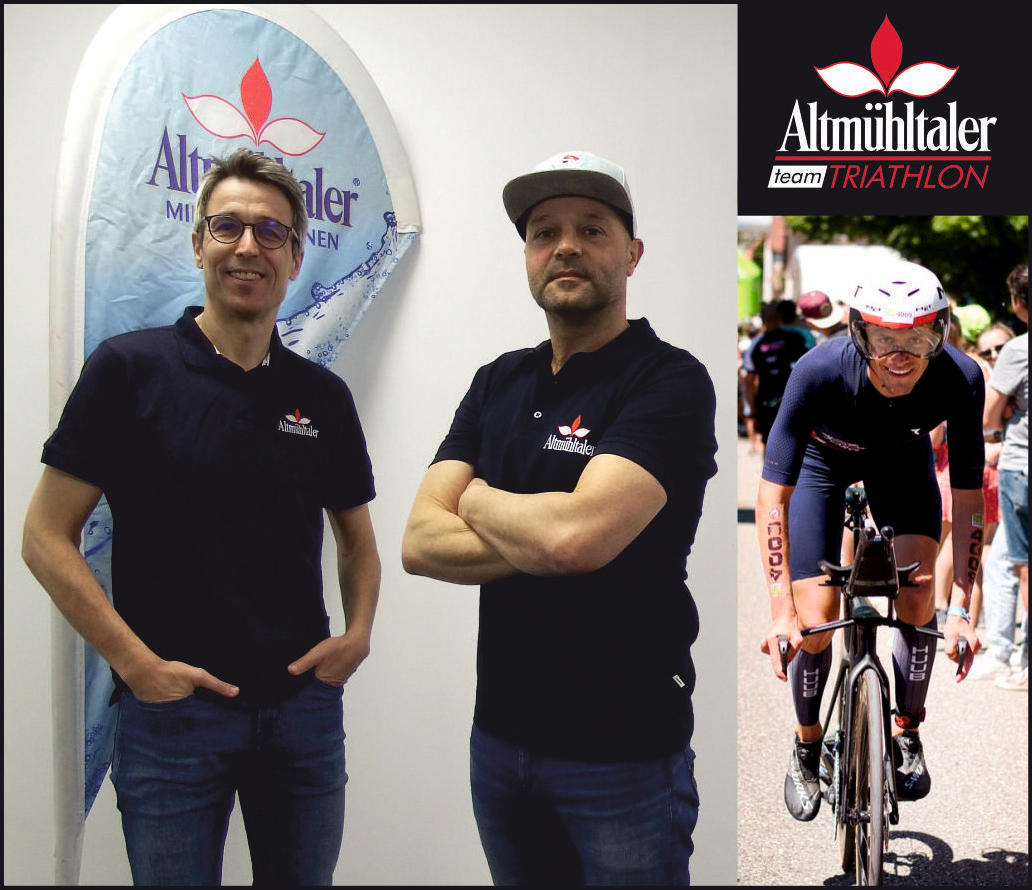 In order to optimally design and continuously improve our website for you, we use cookies. By clicking "OK" you agree to the use of cookies on our website. You can find more information about this in our data protection statement.